A Fundraising Saga: Bay to Breakers and Family House 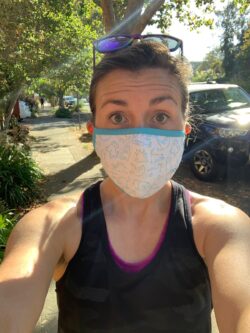 Emily during a training run for Bay to Breakers, raising money for Family House, 2020

I have been a member of the Young Professionals Advisory Council (YPAC) for Family House of San Francisco for almost a decade. Throughout this time, I have never been prouder than when the YPAC team and I hosted the Bay to Breakers fundraiser in 2020. Over the years, I have seen a lot of change in our small but mighty group. I was there towards the beginning, while we were still defining who we were and what our contribution would be, and I was there during the major times of growth when we defined our mission and started working towards a plan for how to make a difference for Family House.

Early on, we had some successful events that gave us the confidence to continue growing and evolving. Eventually, we realized that we needed to do more than just bring in a couple of generous donors—we needed a more structured plan.

By 2019, YPAC had hit its stride. that year, we hosted three major events and a smattering of smaller events, which successfully raised funds and increased awareness of Family House in our target demographic. We felt optimistic and ambitious, and we looked forward to making our events bigger and better going into 2020. Then the story took a turn.

Although I don’t think many people imagined there was a global pandemic on the horizon, I was struck by how profound an impact it had on Family House and likely many other non-profit organizations. So much of what makes Family House function is dependent on the generosity of its donors and volunteers. The kindness and support provided by the in-person events and volunteer opportunities, such as cooking dinners for the families and hosting game nights, is the lifeblood of the House. 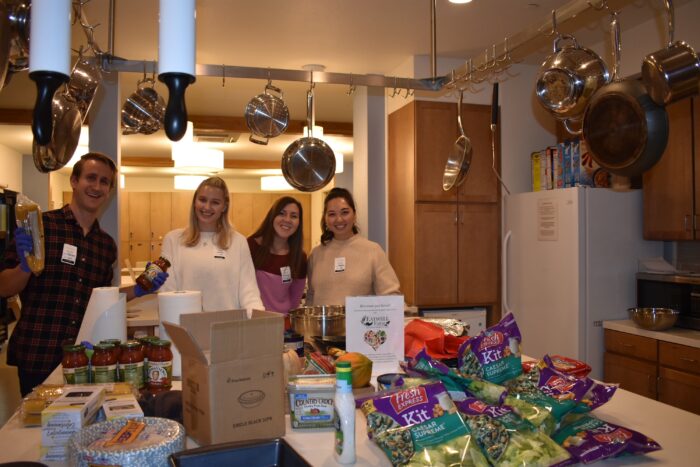 Family House is not just a hotel for families to stay. It is a place that gives comfort, respite, and even joy to the families that need to stay there when their kids are getting treatment at UCSF Benioff Children’s Hospitals. For me and the other volunteers at Family House, part of what made 2020 so tough was knowing that Family House just wouldn’t be itself throughout the year. 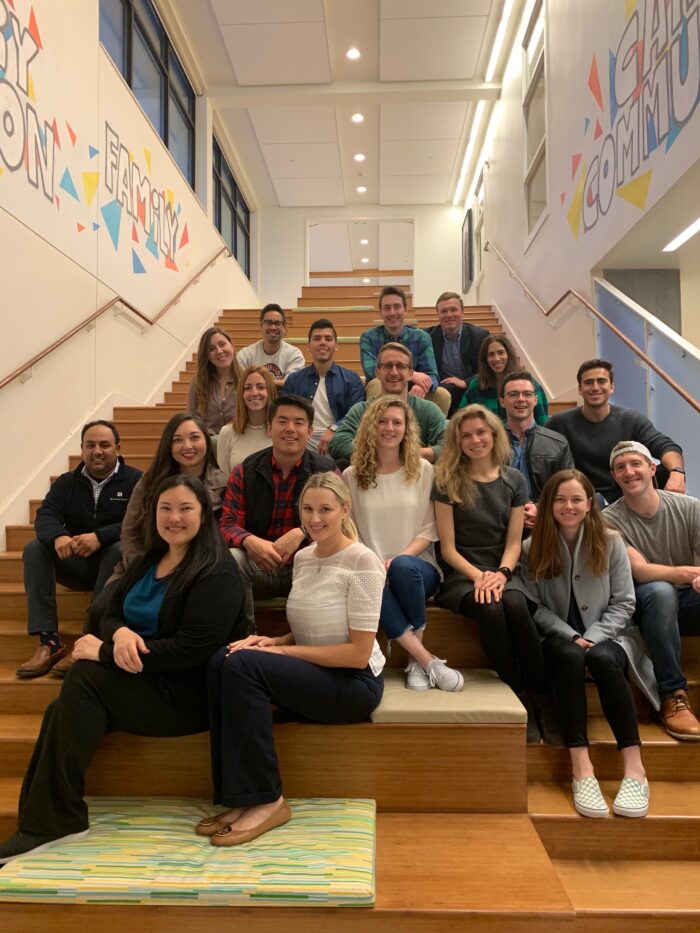 A group from YPAC volunteering, April 2019

So many integral aspects of the House—like the smiling faces of staff and volunteers, the holiday parties around Easter, Halloween, Thanksgiving, and Christmas, and the community of sharing a meal in the common areas with other residents—these all had to be put on pause. It also made it tough to feel connected to the House, especially for new YPAC members. We had a relatively large number of new recruits at the end of 2019, and many still haven’t had the opportunity to see—or rather feel—what makes Family House so special.

Despite the year of uncertainty, I am proud to say that YPAC stayed committed to meeting the needs of Family House in whatever way we could. In the beginning, it was pretty challenging. We were just in the beginning stages of planning our next big event of the year, the Bay to Breakers (B2B) Fundraiser, when the country shut down due to COVID-19. Soon after that, most major events started getting postponed or canceled, including Bay to Breakers.

Without knowing when things may improve, we put any plans to host in-person events on pause. We had already received some donations for the Bay to Breakers fundraiser. We decided to transform the event into a peer-to-peer campaign and solicit donations to help with the additional strain put on Family House during the pandemic. We all tapped into our networks and asked our friends and family to help with our shared mission. At first, we had some momentum, but after a few months, it seemed like more and more worthy causes needed support. Eventually, YPAC got to a point where it seemed like we’d tapped all our resources dry.

Then in July of 2020, a new opportunity presented itself. Bay to Breakers finally put out an official statement that the race would not happen in person in 2020, but it would become a virtual race. It is probably important to mention here that I was the event chair for the 2020 YPAC Bay to Breakers Fundraiser, and I had several ideas planned for team camaraderie—team runs, team socials, team t-shirts—you name it!

I had been thrilled and excited to make it our most successful Bay to Breakers event yet. But as the event got pushed further and further over the course of the year, I was disappointed but didn’t lose hope. When it was announced that the race would be going virtual, I got the YPAC leadership team together and laid out a plan: we would host the Bay to Breakers fundraiser as a virtual event. In truth, it wasn’t that much of a departure from our previous events. In spite of running the race live in previous years, the rest of the event was mainly done online via peer-to-peer fundraising. We got the ball rolling and pivoted our fundraising efforts yet again.

Since we had already reached out to many of our personal networks for the COVID-19 relief fundraiser for Family House, we needed to identify new ways to raise funds. One tactic that had been independently used by some of our members (but was grossly underutilized by YPAC) was social media. We decided to run a whole campaign on social media platforms—mainly Instagram, in hopes of making new or different connections.

Given the short timeframe of less than two months until the event, we decided to create some urgency by centering our campaign around a countdown. We had our team of digital experts create some top-notch content that all YPACers could use. This included both pithy posts as well as eye-catching visual elements that would mark each week as we approached “race day”.

It was the first time that YPAC really delved into social media, and it ended up being a slam dunk. In addition to the creative aspects of the campaign, the runners and non-runners alike posted videos of themselves training and gearing up for the race. Some even challenged their friends to run and/or donate along with them! Some runners also utilized the functionalities of Instagram like the donate sticker to drive up donations. It was truly an inspiring thing to be a part of. Seeing YPAC members regain the momentum and enthusiasm for fundraising for Family House, despite still being physically apart from one another, was terrific.

In the end, YPAC raised over $16,000 for Family House—over triple the amount raised from the previous year’s Bay to Breakers fundraiser. This has been one of YPAC’s most successful events ever. I am so proud of the passion and dedication that YPAC brings to support Family House, and I look forward to returning to Family House sometime soon. In the meantime, YPAC is hosting our second annual virtual Bay to Breakers Fundraiser. Please check it out here.