Family House San Francisco is all about the families that are here currently or have stayed with us in the past. Even back when Family House was just an idea, founder Dr. Arthur Ablin was serving and helping families throughout the toughest times of their lives. One such family is the Garcias. 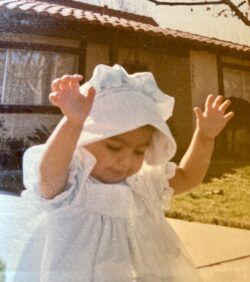 In 1980, Lezly Garcia was only seven months old when her parents, Blanca and José, started noticing bruises and a pale

complexion on their daughter. After a few months of going back and forth with their family doctor about getting a blood test to help better understand the root cause, the doctor finally agreed to proceed. After two long hours in the waiting room, the doctor walked in with a completely different demeanor. “I have bad news. Lezly has anemia,” and with these two sentences, their entire life shifted.

That night, the doctor called the family back and decided it would be better for them to see a physician in San Francisco. Once they arrived at UCSF Benioff Children’s Hospital, then UCSF Medical Center Parnassus, they were greeted by Dr. Arthur Ablin, who would soon be the founder of Family House San Francisco, who was waiting for them with a sign. Not long after the meeting, Dr. Ablin informed the Garcia family that Lezly did not have anemia; She had leukemia. 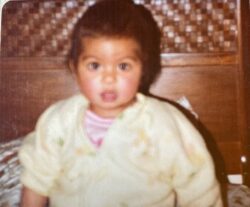 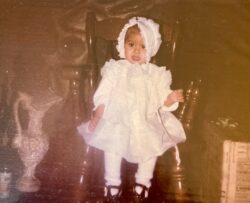 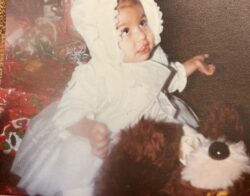 Since their hometown doctor hadn’t told them it was leukemia, this news came as a blow for Blanca and José. They were new parents, didn’t have a lot of money, and were a day’s drive from their home in Greenville, California. Even though Lezly hadn’t even reached her first birthday, she would have to begin chemotherapy immediately.

In those first days, José recalls, “I remember at the very beginning, Dr. Ablin said, ‘José, I think you might have to move to San Francisco.’ and I asked, ‘Why?’ It hadn’t crossed my mind how long I had to be there. Dr. Ablin knew exactly what the effects of those treatments were going to be, and he was always right. So I asked him, ‘How will I move to San Francisco if I can barely make it with the job I have in my own town, and don’t have the skills to live in a city like San Francisco?’”

The first time a spinal tap was performed on Lezly, Blanca was devastated to see her daughter in such pain. “I took the baby away and said, ‘You are not going to touch her anymore!’” Dr. Ablin then sat down with Blanca and José to explain, “I want Lezly to survive. I want her to live. I had cancer myself, and I did all the experiments on myself because I wanted to live. I am going to cure Lezly.” 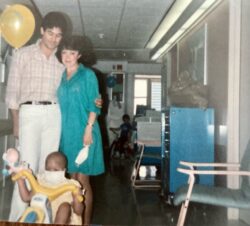 Before Family House SF existed, the Garcia family recalls having no place to stay most of the time in San Francisco. They would knock on the doors of random guest houses with Lezly in hand. They took turns watching her in the hospital, eating in the cafeteria, and sometimes bathing in the hospital bathrooms. “Seeing our desperation,” José  recalled, “Dr. Ablin would let Blanca and I sleep under Lezly’s crib and other times in the hospital playroom.” 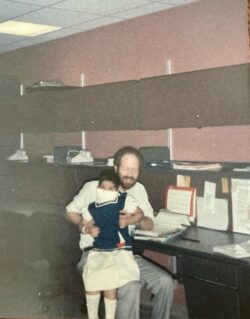 Lezly spent the first four years of her life undergoing chemotherapy before landing in remission. That time in Lezly’s life coincided with the formative years of the Family House San Francisco organization. The Garcia’s were one of Family House’s first families, frequently staying at the original 50 Irving Street Koret Family House location throughout Lezly’s treatments and some of her recovery. There, Blanca and José didn’t have to worry about having a place to stay, many meals, a place to clean up, and they could solely focus on their daughter.

At the time, Family House was entirely run by volunteers. Debbie, co-founder of Family House and Dr. Ablin’s wife, was heavily involved in Lezly’s story, as she was always there to lend a hand when needed. “When I met Debbie, she was outside digging in the ground or cleaning stoves. She was another angel for us during those hard times. She is a beautiful and amazing lady. We got so lucky with these people,” Blanca recalls. 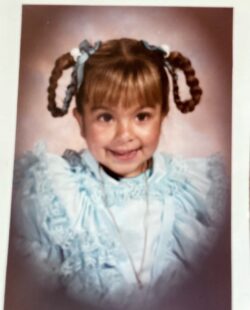 Once in remission, the Garcia’s thought Lezly’s leukemia was cured, but she soon relapsed a year later. Dr. Ablin thought a bone marrow transplant would be the only thing that could save Lezly. In the mid-1980s, he found an experimental bone marrow transplant trial at the Fred Hutchinson Cancer Research Center in Seattle, which pioneered the procedure. Dr. Ablin soon sent the Garcia family to Washington, under the partial care of physician Dr. Robert Hickman, a founding member of the transplant team and the inventor of the revolutionary Hickman Cather for cancer patients.

Since Lezly was in remission, this clinical trial was the ideal time to participate in it. Initially, doctors thought Blanca and José could be bone marrow donors for Lezly, but they soon found out that was not the case. That same day, Blanca left the hospital crying and rushed to a pay phone to inform Dr. Ablin of what she’d been told by Dr. Hickman and the other doctors. Luckily, Dr. Ablin had taken bone marrow from Lezly while she was still in remission. In a remarkable display of commitment and sacrifice that the Garcia’s will never forget, Dr. Ablin personally delivered Lezly’s bone marrow to the family later that day, taking an overnight flight with his nurse to Seattle. 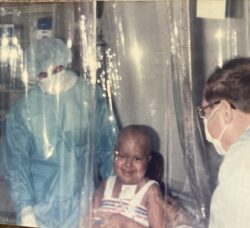 At a mere five years of age, Lezly was placed in an isolation room for six months during her experimental treatment, where the only way Blanca and José could touch her was through a glass wall, fitted with a special plastic curtain and a makeshift glove box. Admitted with thirty other patients from all over the world, Lezly was only one of two people in the experimental trial to survive — the other being a 29-year old woman from Spain who received her brother’s bone marrow.

In times like this, where families are faced with crises, financial stress can be quite a burden. Blanca reflects on the sacrifices that were necessary to fight for their daughter’s survival. “When Lezly was sick, I wasn’t able to work. But after the bone marrow transplant, I got a job as a clerk at the Rite Aid pharmacy and worked there for 31 years. It was the only pharmacy in Plumas County for a long time. We were both commuting over 50+ miles a day for work, just so we could have [health] insurance.”

José, of course, shares a similar story of sacrifice. “Dr. Ablin held us tight and guided us every step of the way. He is my hero,” says José. A hard-working, dedicated and loving father, José retired from his job at a local lumber mill seven years ago after serving the company for 41 years. Both parents worked tirelessly after Lezly’s return from Seattle so that she would be covered by dual health insurance, even though their daily commutes were long since they lived in a remote area. 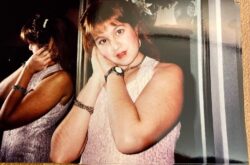 To date, Lezly has had and continues to experience many side effects from her original chemotherapy, radiation, and experimental bone marrow transplant treatments, most of which are not factors for leukemia patients diagnosed more recently. Today, leukemia is considered curable because 90% of patients survive. But since Lezly received treatment for her cancer in the early pioneering days, it left her with developmental disabilities and the need for daily medication and ongoing medical treatment. Blanca, José, Lezly, and oftentimes their two other daughters Vanessa and Veronica still return to UCSF Benioff Children’s Hospital for Lezly’s annual checkups and procedures. After all these years, they still stay at Family House when in town for appointments. Lezly was even able to join the Easter party we had outside during her stay in early April 2021!

Lezly is now 42 years old, though intellectually relates as a young teenager. She remembers everything about her time at Family House, from the way she was treated to her love of Walt Disney movies, the stories she read, the music she listened to, and the time she spent socializing with people here. 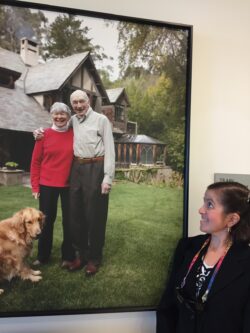 The Garcia family is endlessly thankful for their time at Family House over the last four decades and the support they received from Dr. Ablin, his wife Debbie, UCSF, and the Family House staff and volunteers. They maintain that Family House San Francisco is practically their second home, and reflect on the beauty, comfort, and warmth they feel during their stays. 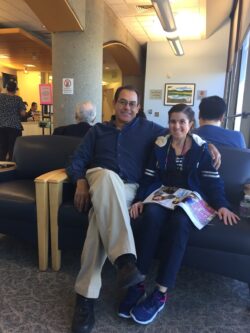 “[Dr. Ablin] had so much dedication for the [bone marrow] transplant and research, and said, ‘My dream is to find a vaccine for cancer,’” Blanca remembers. She looks back on her excitement at the 2016 opening of the new Nancy and Stephen Grand Family House in Mission Bay, as it meant it could help many more families like theirs.

José has similar sentiments when remembering Dr. Ablin. “It was overwhelming for me. I never imagined that this would be the new Family House at Mission Bay. It’s so amazing, the hard work, passion and dedication for the people like us that he had.”

Family House San Francisco is an independent non-profit organization led by a professional staff and board of directors dedicated to providing residential services free of charge to qualifying families. Since we receive no financial support from UCSF Benioff Children’s Hospital or any other public entity, we rely solely on the generous contributions of individuals, corporations, and foundations.

Donate in Honor of Lezly