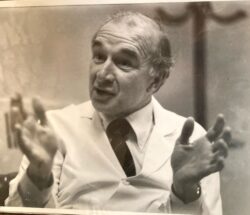 My wife Blanca and I met Dr. Arthur Albin in 1980 at the original UCSF Parnassus campus, when he diagnosed our daughter Lezly with leukemia. She was just 7-months old, and at the time we had no idea how big of a role Dr. Ablin would come to play in our lives.

The hospital visits turned our life upside down. We had to commute five-and-a-half hours every other week from our small town in the Sierra Nevada to see Dr. Ablin. With no end in sight, he suggested that we move to San Francisco. But while Blanca watched Lezly at home, I worked at a local lumber mill, and the thought of moving to this city scared us. As two young and recent immigrants from Mexico, we feared losing our only income if we moved here.

We chose to make the long commute and that meant that we would get calls from Dr. Ablin at three in the morning with the results of Lezly’s blood tests, telling us that we had to come back to San Francisco as soon as possible.

Most of the time, we had no place to stay. We often found ourselves walking around San Francisco, knocking on the doors of random guest houses with Lezly in hand. We took turns watching her in the hospital, eating in the cafeteria, and sometimes bathing in the bathrooms.

Seeing our desperation, Dr. Ablin would let Blanca and I sleep under Lezly’s crib and other times in the hospital playroom. It didn’t take long before he put a couch in Lezly’s hospital room so that Blanca and I could take turns sleeping. 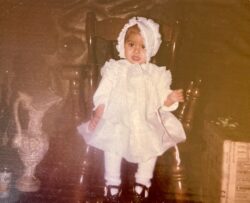 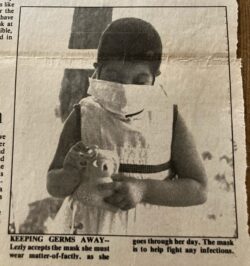 I remember the day when Dr. Ablin told us about the Koret Family House in 1981. Blanca and I were so relieved that we would have a place to stay – it was a chance to feel normal again. We were one of the first six families to stay in the original Family House, and we were all there because of the determination of Dr. Ablin and his wife Debbie. Even 38 years later, their legacy has managed to make the Family House our second home.

Dr. Ablin’s compassion has stood the test of time. Even when Lezly was five years old and Dr. Ablin told us that the chemotherapy and radiation had not worked, and that they had run out of treatment options, he sent us back to our small town and offered to give Lezly sedative medicine so she could die peacefully at home.

When he couldn’t be compassionate, he was accessible. The times that we couldn’t understand what was happening, Dr. Ablin would tell Lezly, “Lezly, I know it hurts when I poke you. It hurts me too. But I want to heal you and the only way to do it is with this needle. We need to put medicine in your body to heal your blood.”

When he couldn’t be accessible, he was honest. While we were waiting for Lezly to pass away at home, we got a call from Dr. Ablin three months later. Amazingly, he told us that there was an experimental treatment in Seattle, Washington. If Lezly went, he said she would likely suffer more and it might be for nothing.

And when he couldn’t be honest, he was a life saver. After Lezly started experimental treatment in Seattle, we found out the doctors there had killed all of her healthy bone marrow and they had run out of treatment options. Scared that Lezly was going to die again, we called Dr. Ablin. By some miracle, he had frozen Lezly’s healthy bone marrow for a rainy day while she had been in remission. The next morning, Dr. Ablin flew to Seattle with Lezly’s bone marrow and oversaw her treatment for a full week. She began to recuperate and was Leukemia-free by the time she was six years old.

Even 30 years later when the radiation treatment caught up to Lezly in the form of six brain tumors, Dr. Ablin came out of retirement for us and mobilized the entire hospital staff to treat her.

From day one, our relationship with Dr. Ablin was so close that he literally grabbed Blanca and I by the hand to walk us through Lezly’s treatment. We felt so secure with him. Every time we would bring Lezly for appointments, he double checked his opinions with a team of doctors. He prioritized the treatment of each child based on their sickness level. And we never felt neglected. 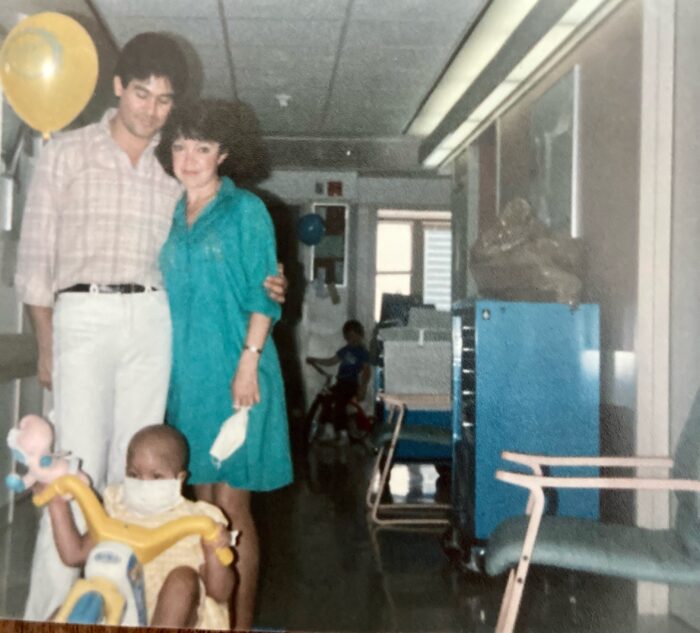 José, Blanca, and Lezly Garcia circa 1985

On the days when Blanca and I doubted ourselves as parents, he would say, “You are great parents. This is not your fault.”

When Lezly would see Dr. Ablin, she would run to hug him and he would humorously say, “Lezly, the only two people who hug me this much are you and my dog.”

To this day, when I look at Lezly, I can hear Dr. Ablin’s voice, his laughter, and I can feel his kindness. He was selfless, he never asked for anything in return, and his search to find a cure for cancer was endless.

He is truly our hero and without him, we would not have a daughter. Blanca and I consider him our father and guardian angel. And in our house, first comes God and then Dr. Ablin.

We owe each day that we spend with Lezly to Dr. Ablin, and we thank God for putting him in our lives. For us, his memory will never die.